COFDM was the modulation chosen for digital terrestrial TV broadcasting because of its superior performance in dynamic and static multipath channels. 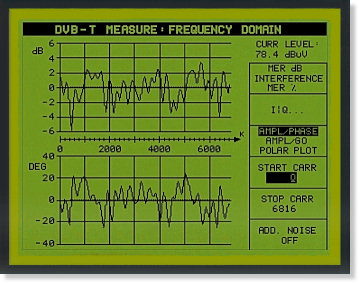 Among other applications, the channel simulator can be successfully used to simulate the following scenarios:

The channel simulator may be used in conjunction with the C/N generator to evaluate the performance of a DVB-T system for a pre-defined multipath channel as a function of the amount of additive noise present in the channel.