DTT service has been launched or announced in practically all Europe. While in most of countries the coverage has already reached a large percentage of its population, some others are just starting with trials and test transmissions.

The implementation of the DTT system is now started and the digital switch over will take place within the next few years. 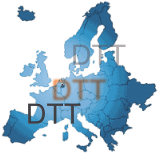 Many digital television set top boxes and integrated digital televisions are sold during the launching campaigns but, not always these devices are ready to be marketed. As a result, the rate of replacements is high. Installers and distributors rush to replace defective units but there are certainly problems in the field. This is not an optimum situation because changes in the transmitting conditions, channel plans, etc might revert into reception problems eventually.

The challenge is not small for the manufacturers. There are many different network configurations depending on the country and ultimately, on the operator itself.

First of all the allocation of the channels. Digital channels are placed in any part of the spectrum, depending on the country's spectrum planning.

The multiplex can be operated in 2k or 8k mode. This parameter determines the number of carriers that are transporting the information within the channel.

Then there is a range of modulation types for these carriers 16QAM, 64QAM, QPSK.... The code rates and the Guard Intervals are also configurable and different from one operator to another. 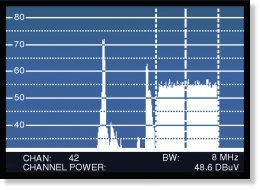 The broadcasters have yet another compromise when deciding the 'load' of the multiplex. If we consider a multiplex with a 64 QAM modulation and hence a 24 Mbits/sec payload, 4 video channels at 6 Mbits/sec or 6 video channels at 4 Mbits/sec can be supported. Depending on the partition made the decoding times can change. 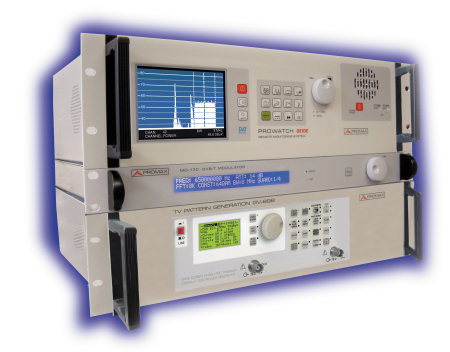 Receiver and iDTV manufacturers produce their products to get the lowest cost possible and therefore have to be universal, considering that their receivers will have to cover all possible present and future broadcast posibilities. The performance of these devices varies not only in between different manufacturers but also among equipment of the same type.

Making strict performance test to the receivers and iDTV's is a must and a solution to having high rejection rate levels.

This test bench will allow to reproduce any different conditions as found in any area and help to identify receiving problems that could hardly be found otherwise.

With a test bech composed of 2 analogue sources and 2 digital sources, for instance, it will be possible to simulate any combination of channels:

We can now test how the change in level or power on each individual signal influences onto the others. We can also check the effect of the digital on the NICAM of the precedent channel or even shift the signals as required.

The PROMAX Analysers will become a perfect allied to make all of the tests. It allows to measure both the analogue and the digital signals, check the spectrum and also demodulate the signal. 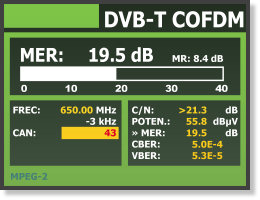 The combination of the MO-170 modulator and the PROMAX Analysers provides a very low cost solution for testing of DTV receivers, iDTV's and related equipment.