The southern German security forces have recently acquired a set of RANGER Neo 3 field spectrum analyzers that will use to install communication systems and later to ensure their proper operation.

PROMAX Deutschland is the official distributor from PROMAX for Germany and part of northern Europe. From their headquarters in Lindenfels, they provide advising, after-sales support, and they manage the calibration services for the entire lifecycle of the professional electronics products from PROMAX.

We also provide, via PROMAX Deutschland, training services for the customers on the device's operation. To both individual installers and corporations or government institutions.

RANGER Neo analyzers from PROMAX cover all the telecommunications technologies. In this case, the training provided to the German police focused on the specific functions that will use their IT departments. 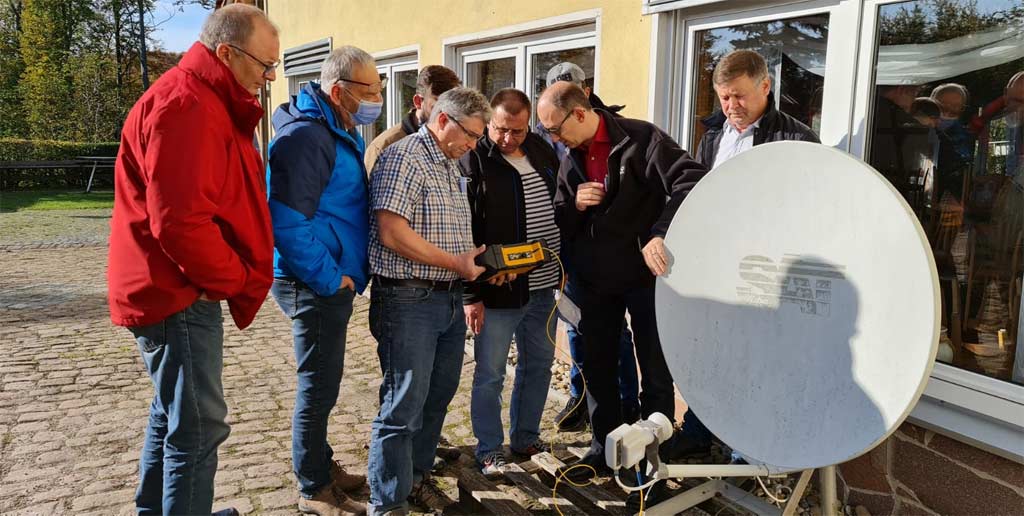 So, the service technicians were provided with the skills to use those functions having a practical application on the installation and service of the communications systems used by the security forces. This includes antenna and cable installations, just like checking the analogue and IPTV security cameras installed in the vehicles.

The equipment will also be used to ensure the proper operation of the digital cameras attached to the helmets of the police officers, which use a DVB-T modulator.