What is the difference between 4K and H.265?

4K, MPEG-4, H.265… are different concepts which may cause a confusion that often paves the way to abusive commercial practices. What are the differences?

4K is the definition. H.265 is the compression.

4K means the video picture displayed on screen has almost 4000 single vertical columns (4K = 4000). This is so much information that it must be compressed using mathematical algorithms such as the so called H.265, that reduce the amount of data needed to broadcast, store and depict the video.

DOWNLOAD THE INFOGRAPHICS “4K AND H.265 ARE NOT THE SAME” 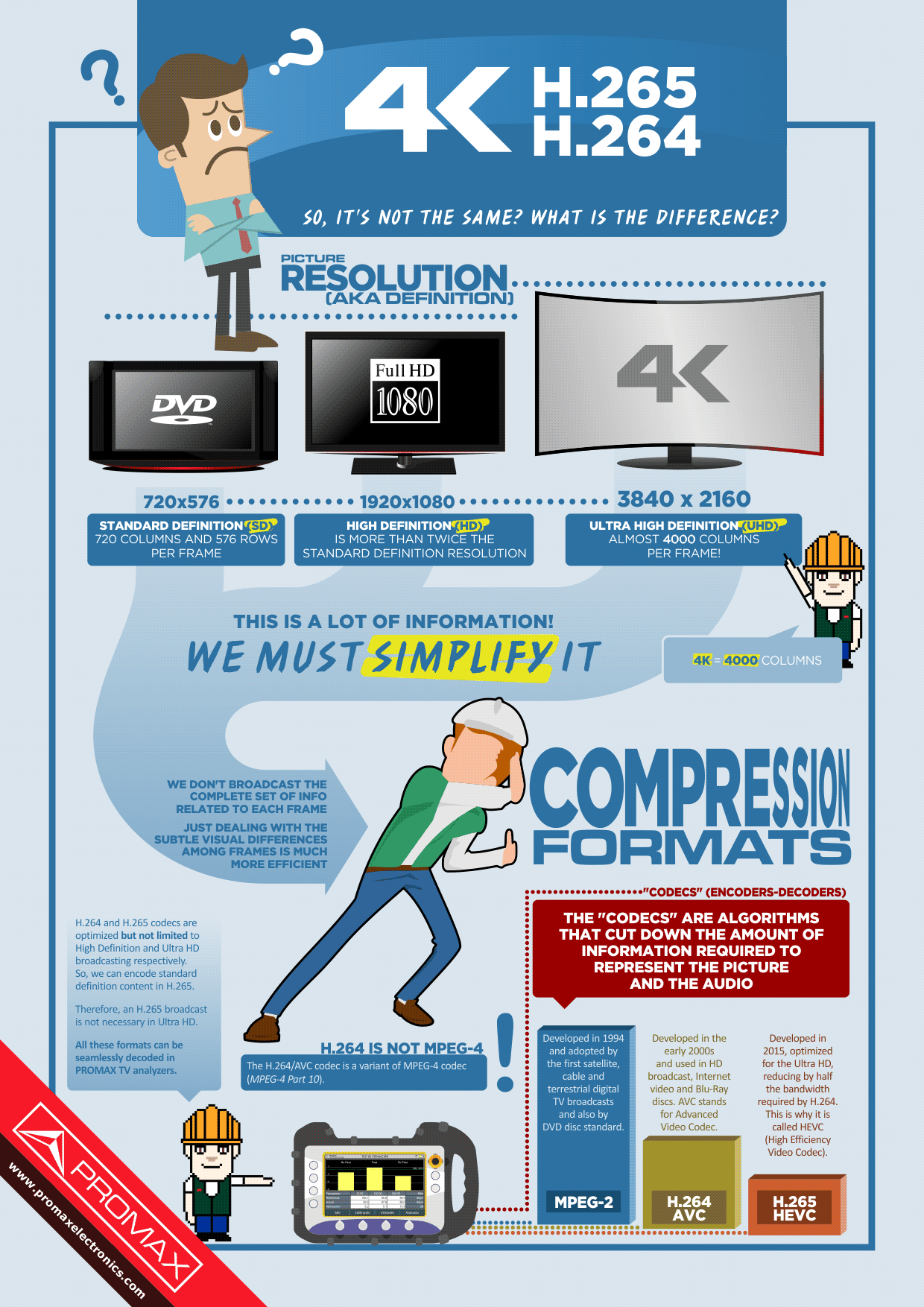 What is the picture definition?

The definition or resolution is the amount of single points that form (“define”) the image displayed on screen. It is said the picture has greater definition as more single points it is composed of.

What is video compression?

Video compression (video codecs) are mathematical algorithms that reduce the amount of information needed to depict the image. If data is not compressed it would require a storage space and a transmission bandwidth of so high capacities that its economic cost (and technical viability) would be prohibitive..

Did you know? The standard definition (SD) with 720 x 576 points and 25 frames per second sums up more than 10 million single points per second… But 4k reaches near 200 million! They are so huge information amounts that, if not compressed, they cannot be stored nor broadcasted.

It is worth to mention…

We often confuse MPEG-4 and H.264 codecs. They are not the same. MPEG-4 is a video codec featuring a number of variants, being one of them the H.264 which technically is MPEG-4 part 10.

H.264 and H.265 codecs are optimized but not limited to the High Definition and Ultra HD broadcasting respectively. This means it is possible to compress standard definition content in H.265. Therefore an H.265 broadcasting is not necessarily of Ultra HD.

Get the infographics “4K and H.265 are not the same”
TV and Satellite analyzer with 4K decoder
CONTACT