The 2018’s cycling Tour of Spain 'La Vuelta' has been a great success. RTVE -the Spanish public radio/television entity- has performed a depth coverage of the entire event. The mobile links of helicopters and motorcycles to the base station have been made with digital television ISDB-T technology..

Inside of a mobile unit

Why has ISDB-T standard been used for TV links instead of DVB-T or DVB-T2?

The advantage of the ISDB-T system is its robustness in movement. This is the key reason for RTVE to select ISDB-T on their mobile links.

ISDB-T is a standard developed in Japan and widely used in South America. Together with DVB-T, DVB-T2 and ATSC, they are terrestrial broadcasting standards supported by PROMAX TV and spectrum analyzers.

The 'La Vuelta a España' is a challenge. Some of the stages pass through mountain roads, with multiple tunnels and rugged landscapes that makes it difficult to transmit-receive real time images from mobile units. With the ISDB-T standard, transmitted signals are more robust. It takes longer before they get unlocked at they recover faster. This is what makes the difference with the DVB-T and DVB-T2 systems adopted as broadcasting standards throughout Europe. 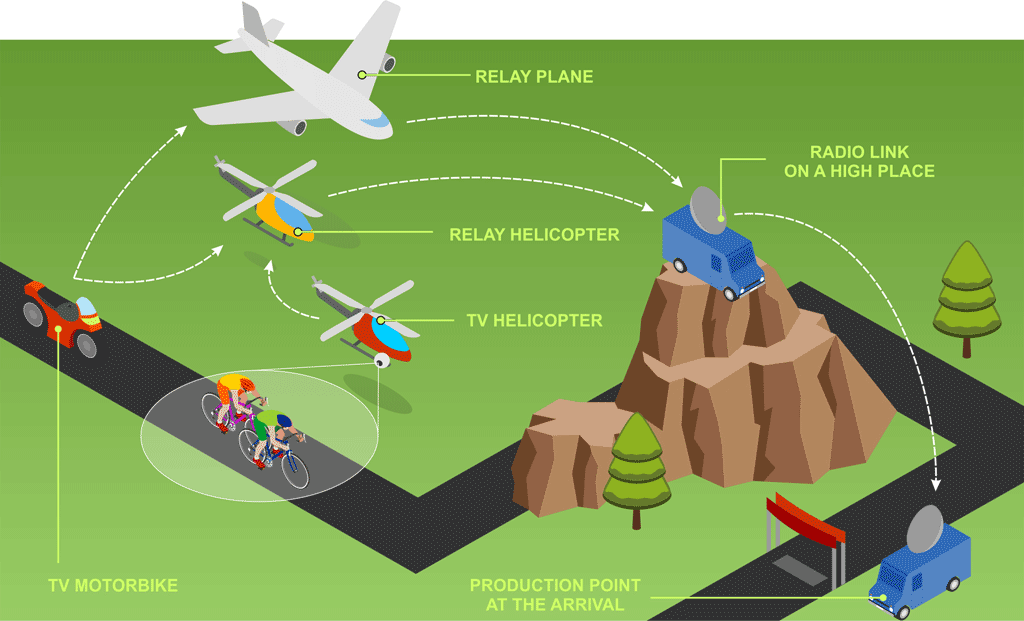 RANGER Neo are multistandard TV and spectrum analyzers including DVB-T, DVB-T2 and ISDB-T/Tb in a single device

The multistandard measuring tools RANGER Neo 4 from PROMAX have provided a great support to perform the adjustments of the mobile links of 'La Vuelta'. It is a portable, compact and highly reliable analyzer that can deal both with DVB-T and DVB-T and ISDB-T.

It allows performing the analysis of all the transmission parameters as well as decoding 4K picture, which is widely used in sports events.