No question the FCC’s spectrum reallocation plans will be one of the hot topics at the upcoming NAB show in April. Broadcasting stations are required to vacate their higher UHF channels and move their transmitters to the new frequencies by December 2019. During this transition period stations will also need to conduct performance tests to verify that their new operations run according to FCC requirements.

Channel measurements according to FCC specifications

RANGERNeo 2 ATSC is a cost effective solution that helps doing so. Field strength measurements on the digital ATSC signals for example are made according to FCC specifications, using a 100 kHz resolution filter and integrating the channel power over the 6 MHz bandwidth. 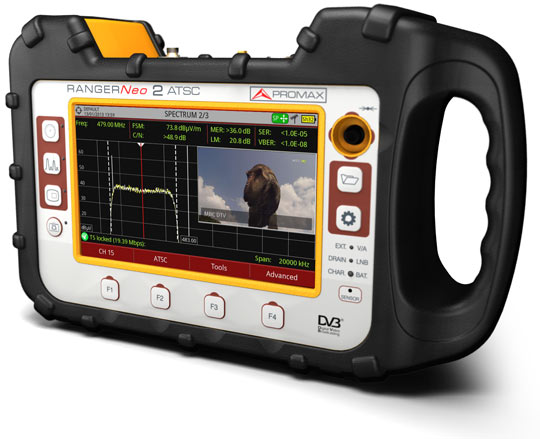 In combination with an optional GPS the RANGERNeo 2 ATSC can also perform signal coverage analysis and plot the information on Google Earth. Other functions available are shoulder attenuation measurements, constellation diagram, TS analysis including PSIP and CC..., all in a very affordable 5 pound analyzer.