The signal transmitted by modulators and transmitters can be detected by RANGERNeo ISDB-T field strength meters. This feature is useful for operators and maintenance staff in order to check that signal is sent and received. 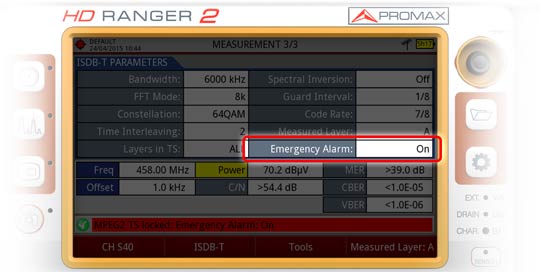 With a RANGERNeo field strength meter EWBS signal can be checked 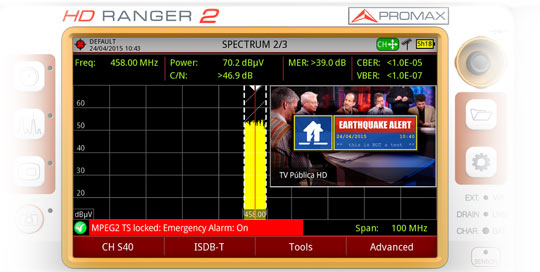 Reception, decoding, and measurement of an ISDB-T channel with EWBS warning signal during an earthquake in the display of a RANGERNeo 2 ISDB-T / Tb field strength meter.
Share :