IPTV test and measurement with the RANGERNeo 2

The RANGERNeo 2 field strength meter provides measurements to understand, identify and fix the new problems that are emerging in multicast television networks over IP (IPTV), which are widely used in hotels and other large television networks. The metric of quality parameters in IPTV at the last stage of transmission is of great help during installation and maintenance of these networks.

The RANGER Neo 2 can receive IPTV television programs and display them on screen along with other important information service... In this way, besides an RF field strength meter it is also an advanced IPTV tester. 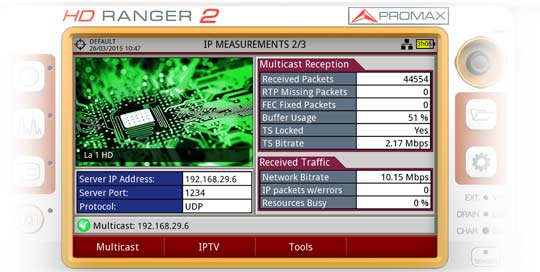 The RANGERNeo 2, as an IPTV infrastructure tester, shows the following IPTV quality parameters: 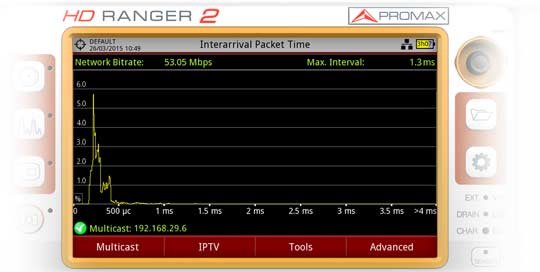 It is a diagnosis tool that sends several ICMP (Internet Control Message Protocol) packets from the RANGERNeo 2 to another equipment connected to the IPTV network. Under optimal conditions, the responses will be received at similar time intervals.