The new software update for the HD RANGER 2 field strength meter (release 15) includes new tools and improvements. Among them, the most important one is the Transport Stream Recording tool.

The TS recording works for all the input signals in the field meter: RF, ASI or IP.

This tool records real-time transport stream received by any of its inputs: RF, ASI or IP, for example a DTT channel. The recording is stored in an internal dedicated memory of 1 GB size. Then, the recording can be played on the field meter as if it was a live signal. 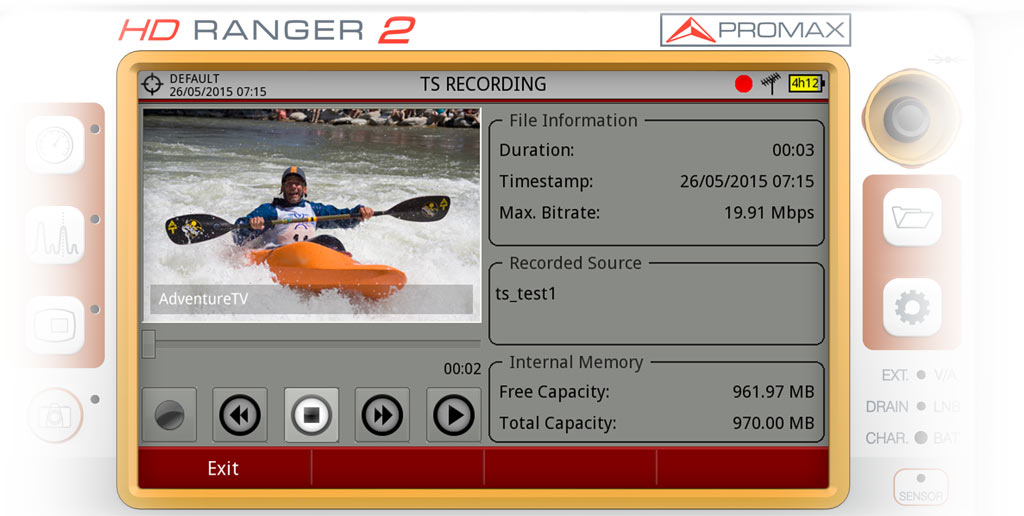 Recording a Transport Stream in the HD RANGER 2.

The recording time depends on the bitrate of the transport stream, but by reference to a DVB-T signal at 19.9 Mbps, it can store about six minutes of transmission.

This utility has a lot of practical applications: the installer can leave the equipment recording while testing the installation and later on it can check what has happened. Another option is to record the TS and then take time to deeply analyse the transport stream data, such as tables, alarms and bitrates. It can be also useful for educational purposes: the teacher or installer can record a specific signal to teach the student or client. Another use may be monitoring: to record a transport stream and later compare it to a subsequent visit to the same installation.

A headend equipment tool, at no additional cost

There are equipment designed exclusively for transport stream recording and playback. Now, the HD RANGER 2 includes this tool within its already comprehensive “toolbox”: LTE/4G ingress test, constellations, echoes, signal monitoring, attenuation test, and so on. 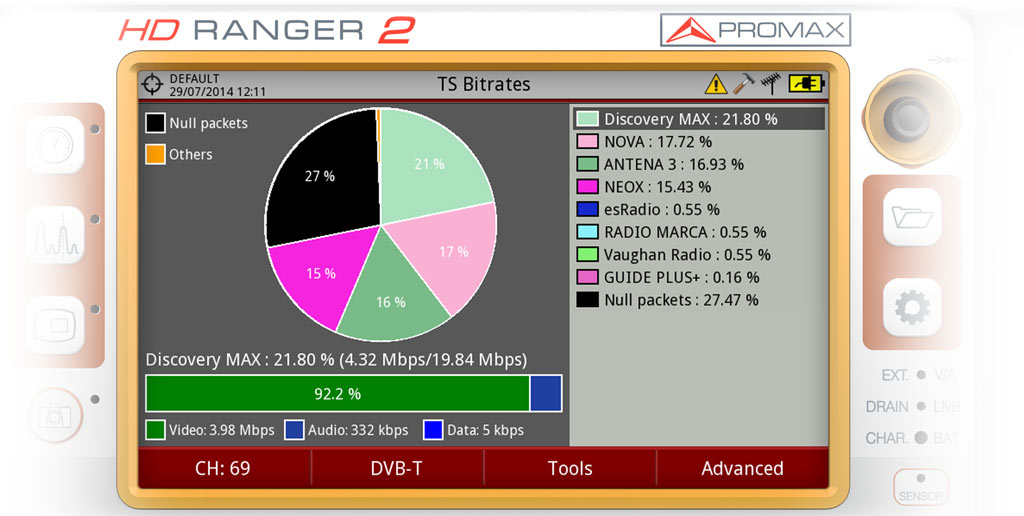 With the TS captured you can work as it was a live signal.
In this example, we can see the bitrate occupied by each one of the multiplexed services.

All these tools in addition to its capability to measure both IPTV and RF signals and also TS-ASI, make it the most multifunctional field strength meter in the market. By integrating on a single meter the functionalities of several, the telecommunications installer does not need to carry several meters during his work as well he also avoids their expense and maintenance.

Update for free your HD RANGER 2 analyser to this new version to enjoy this tool and to get the most out of your equipment.

If you have not already done so, download the NetUpdate 4 PC software from the download area at the PROMAX website. Connect your field meter to the PC and the update process will run automatically.