PROMAX nominated for the ACE Award at the NAB Show held in U.S. 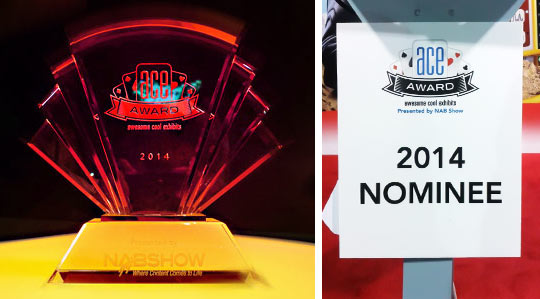 In the show it was introduced the HD RANGER 2 analyser, the most complete field strength meter in the PROMAX series, with new tools such as the measurement of TV broadcast over data networks (IPTV), a full TS analyzer and options to upgrade such as the measurement and signal conversion of Fibre Optics, Digital Radio measurement (DAB / DAB +) and GPS receiver. Of course, it includes all the features of the HD RANGER+ field strength meter. 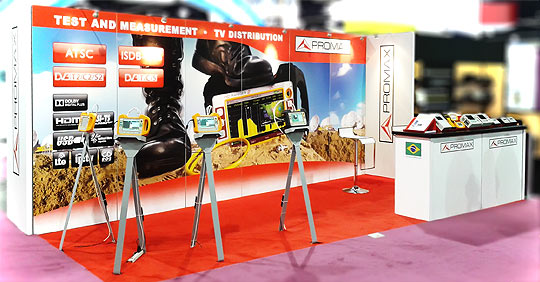 The HD RANGER 2 is the all-in-one essential tool for the demanding professional who wants a single field strength meter with all the necessary tools to install and maintain the most complete and modern telecommunications infrastructure. All these innovations make it the first field strength meter adapted to the latest trends in the broadcast telecommunications field, hence the surprise and the success in the fair held in Las Vegas, the largest fair in the world of electronic media.

In addition to the HD RANGER 2, at the NAB Show two new versions of the field strength meter model HD RANGER+ were introduced, which are adapted to the digital transmission standards used mostly in the Americas: ATSC and ISDB-T. With these two new standards the HD RANGER+ becomes global and can be used virtually worldwide, covering 3 of the 4 digital standards used in the world, and also all the analogue standards.

Finally, the broadcast modulators MO-380 and MO-381 were also presented. They can modulate ISDB-T signals with a MER output of about 40 dB and they can be incorporated in both SFN and MFN networks.

The NAB Show is the world's largest electronic media show covering filmed entertainment and the development, management and delivery of content across all mediums. With more than 93,000 attendees from 156 countries and 1,550+ exhibitors, NAB Show is the ultimate marketplace for digital media and entertainment. From creation to consumption, across multiple platforms and countless nationalities, NAB Show is home to the solutions that transcend traditional broadcasting and embrace content delivery to new devices in new ways.