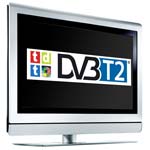 The DVB-T2 standard provides two great differential benefits over its predecessor DVB-T: first, it uses more efficiently the radio spectrum, so it can  transmit a greater amount of information, allowing it to offer more services in standard definition or to broadcast higher bitrates in high definition services.

On the other hand, transmissions can be received by mobile devices, with the many possibilities this feature offers.

These two features could be tested in situ in the Mobile World Congress held in Barcelona from 25 to 28 February. Several government agencies and private companies joined forces to make the first transmission worldwide of a DVB-T2 terrestrial signal in Ultra High Definition (also known by its acronym UHDTV).

Among them, RTVE (Spanish Radio and Television), the European Broadcasting Union (EBU), Spanish universities such as the Polytechnic University of Madrid and the University Ramon Llull and leading private companies, such as Sony and the project consortium CAT.T2, among which is PROMAX.

PROMAX is part of the consortium of companies (along with Abertis Telecom, Mier Communications and DualStream) developing the Cat.T2 project for the study of the future implementation of the new DVB-T2. DVB-T2 is the evolution of the transmission standard DVB-T currently used for digital terrestrial television broadcasting or DTT.

The UHDTV content, broadcasted from the iconic Collserola telecommunications tower, was a film about four minutes long of the city of Barcelona. The short was shot with a professional Sony digital camera, usually used for films, and the images were captured using an 8K sensor, with a final resolution of 4K.

4K refers to the horizontal resolution of the image that is approximately 4000 pixels. This is equivalent to 3840 x 2160 pixels (total of 8.3 megapixels).

The film, once edited and with the final master ready, was transmitted within a DVB-T2 multiplex. The DVB-T2 standard is able to transmit in the same multiplex but in different information layers or MPLP (multiple physical layer pipes). The multiplex, broadcasted on channel 22, included two PLPs.

PROMAX introduced in the event the HD RANGER+, the first field meter in its class capable of receiving, measure and demodulate T2-Lite signals effectively.

In the following video, Gabriel Fernández, head coach of dualStream, introduces the CAT.T2 project in the Mobile World Congress: